Apple warns users that some of the functions the most important system and many third party apps will have problems and errors on IP devices-iPhone and-iPad old on the 3rd of November next, unless it is updated. You know on those devices? And why will stop some functions from working?

The older generations will remember the year 2000 problem and does not know her. this is the story… the problem started in the sixties of the last century with the beginning of the spread of computers, technology and programming, as we know, it wasn’t that efficient and that we are witnessing today, where the developers were trying to reduce the consumption of computer memory to the maximum degree they were using a year number two-digit rather than four, bringing the year 1984 as it appears on the computer as 84, and in the beginning of the nineties, experts began to pay attention to a problem, How will the computer in the year 2000? Definitely will be shown in a manner characteristic of (00) which is the value of non-boolean arithmetic, and many problems. For example, if a bank customer to inquire about his accounts from 1998 to 2000, mean in computer language “00-98= -98” and the value will be negative means a disaster by all accounts. Said airlines, banks, hospitals and financial districts and the oil companies to update their organs to deal with the new millennium.

Today, GPS is the reason

Today another problem with the same concept which is that the techniques are old, they weren’t meant to last forever; the systems computer to satellite positioning systems for the U.S. Army known as GPS is no limit to the maximum of 1023 weeks, after that period, I 19 years and 7 months and two weeks, return the number to zero, which may cause disruption to devices the GPS in addition to the occurrence of problems in devices and applications that support the GPS.

Started the first week of the first GPS device in on 6 January 1980 and after the passage of 1023 week event the first “zero” for many and specifically on 21 August 1999 and already there have been problems in some GPS devices, but for this time its reach was weak so are of great interest. And now, after the passage of 1023 another week happened to “zeroing” the second specifically on 6 April 2019 problem that has emerged and impacted on the number of devices already. But now; warned Apple users that the same problem will affect on some computers, an iPhone and and iPad by midnight GMT on 3 November 2019.

Will cause a problem in that some of the models iPhone, and an iPad that have been released in 2012 and earlier in a loss of functionality of the GPS on all of the applications that support it. Further problems can occur in adjusting the time on the devices incorrectly, which in turn leads to problems in fetching email and syncing with iCloud.

The third-party apps that rely on GPS depend on the settings of the correct time definitely will go wrong or happen to the money suck after that date.

Devices that will update these problems after November 3

Will be affected only certain models of iPhone and an iPad that you think the internet, cellular and Wi-Fi with, namely:

◉ IPad 2 that comes with Wi-Fi + Cellular models CDMA only

This issue does not affect iPod touch or any model of IP devices-iPad Wi-Fi because these devices do not include the foundation of the GPS. 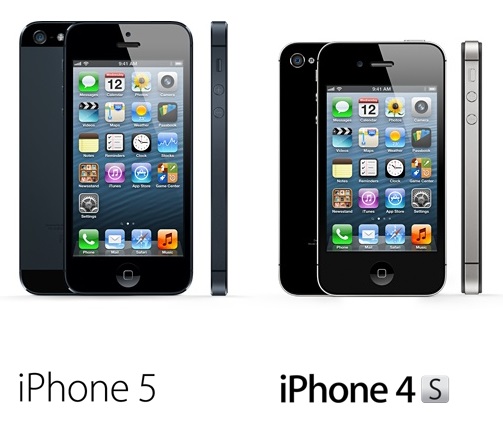 What do I do to avoid that problem?

It is important to update your device to the latest issued by the 3 November to settle all of the GPS, time and date work correctly, as reported by Apple in the support page.

Go to Settings -> General -> Software Update, will show you that there is an update available.

It should also be noted that IP devices-the iPhone and the iPad older than the above such as iPhone 4 and earlier will not be able to receive any update for the treatment of those errors. In other words, they can’t rely on the technology of GPS, the solution is not to run internet cell on those phones, and Wi-Fi, according to Apple does not specify it that’s the problem.

Is when devices will be affected by this problem? And another way to avoid problems on devices not supported? Tell us in the comments.

Google responds to the desires of the audience, soon the”GPS” voice of the living students

Apple is brewing a revolution?