Announced a lot of technology companies during the current year 2018 abandoning some of their products that I enjoyed spread wide for years as is the case every year, and therefore will be off work over the next few years, we have in a previous article mention some of the Technical Services, which ceased to operate in 2018, and today we will review together a new list of some of the applications and technical products which will keep her presence in the coming years.

It was the first watch to buy a Nintendo Nintendo in mobile applications is a game application Miitomo which was launched for the first time in March 2016, it was akin to applying for social interaction where friends are allowed to Communion on the operating systems iOS, iOS and Android Android by answering questions and share the responses via Twitter and Facebook.

But the app was available for use only when you connect to Nintendo, and on 9 May 2018, the company Nintendo shut those servers off the application.

2. the application Allo from Google

Released Google in 2016 application but at the same time which is a chat application that depends on artificial intelligence to help show the strength of the Assistant Google.

But Google announced through the publication on her blog, she’s stopped work on the development of Allo earlier in the year, and they decided to shut down the app completely by March next year to 2019.

As is usually the company Apple when they launch iPhone new it works to offset the old version of her store, and this year after the announcement of the phones iPhone XS and iPhone XS Max and iPhone XR, the remove iPhone SE from the company’s website.

During the month of August, the company announced Bytedance Chinese stop the Application Center.ly not to havens for a billion dollars, said the transfer of its users to the new application is similar to the name TikTok to create and share short video clips up to 15 seconds or 60 seconds at the latest, has received a new app large spread.

The company announced it would close the inbox application Inbox by Gmail in March of 2019 – it is an application that was brings more than inbox for Gmail in the package Bundles and snooze emails to a later time – and that is the desire of the company to focus only on E-Mail Gmail Gmail.

It included the new version of Gmail already many new features added by Google for the first time in the inbox Inbox, such as Smart Reply and Nudges, in addition to feature construction, Smart Compose.

6. the application of Tor Messenger

In the year 2015 launched a Tor release a BETA version of the chat program cross-platform, allowing you to chat safely on messaging services such as Jabber, Google Talk Chat, Facebook, Twitter, Yahoo and many others.

But three years after the announced Tor to stop an application where there is a problem with three aspects: the first aspect is that the transport protocols have been cross-platform instantbird abandoned by the developers recently, and the second side, it is difficult to control the leakage of metadata; and the second side is lack of enough internal resources have Tor to develop the app.

In 2002 was the launch of the website StumbleUpon to help users discover web sites by creating an account and enter some personal information to find new sites to visit and articles to read, the sound clips and match up with concerns, we can say that it was an alternative social networking time.

But the evolution of social media make officials StumbleUpon live thinking in recent years about to stop him, and in the month of May announced Garrett Camp, co-founder of StumbleUpon, the site shut down and transfer the accounts of StumbleUpon to the site Mix.com created in 2015, as browse the content of web sites but like with the website Pinterest.

The company disclosed the Mayfield Robotics closet curtain what can be described as the first robot house actually called Kuri through its participation at the Consumer Electronics Show last year’s CES 2017, it has been designed as a robot assistant to man to include an appropriate place in the smart home, but in July the company announced the Mayfield for a sign manufacturing company in the Android Kuri, with a refund of all deposits, prior payment to the customer.

This was the year of the most difficult years that have passed on Facebook, and one of the reasons for this are company Cambridge Analytica Cambridge Analytica, due to its involvement in the crisis diversion data 87 million users for Facebook illegally, which they allegedly used in the US presidential election.

During the month of May the company informed Cambridge Analytica staff that it closed all of its offices completely, this decision comes with the announcement group, SCL Elections in the United Kingdom and is the parent company of Cambridge Analytica, stop their services and request to resolve the company. 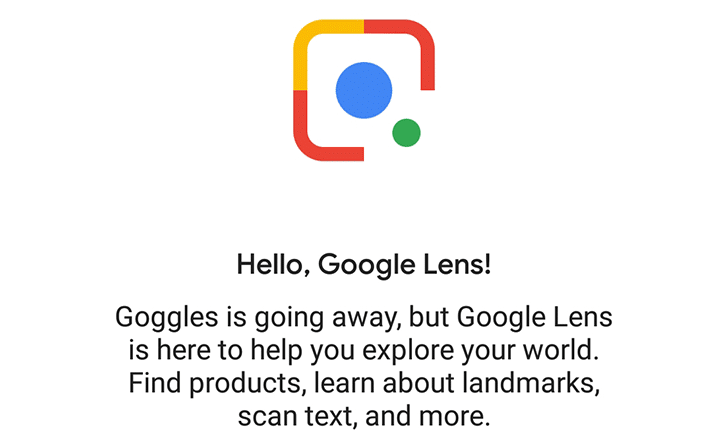 Due date of application Goggles to 2009 – and served as the early version of the Google Lens – which lets you point your phone at anything and then take a picture of it and then the application provides you with more information about the thing that I took a picture of him.

If you are watching what you read now, be aware that this content a user is illegally in this location, and the original position of the gate Arab News Technical

0 Comments on “Applications products technology stopped working during the 2018”

Blockers viruses: do they good and is it worth buying?

Next month will see the release of the first phone with a camera 192 megapixel!