For most users, the security provided by Apple in their iOS and MacOS is more than enough for them to say they are daily, securely and without worrying about access to their personal data and the sensitivity, however, appeared in some of the gaps that can penetrate the iPhone and Mac. Where there seems to be a hacker determined to find a way to curious and creative to bypass the restrictions put in place by Apple to protect its users ‘ data. But if you are one of the users of iPhone or Mac, so should I worry?

Before we go into the methods that have been code to hack into iPhone and Mac must bear in mind that those methods are not two processes and can use them on a large scale, but they show the persistence of inventors and the level of their creativity no matter how strange, in order to bypass the restrictions and security procedures provided by Apple on its devices.

The first way was to use the cable to hack into your Mac and rely on the cable known as O. MG can get it for $ 200 is a USB cable lightning from Apple but has been modified somewhat in order to help the inventor to move to the Mac of your victim is easy and after running through the commands harmful and send it to your Mac via a WiFi connection. 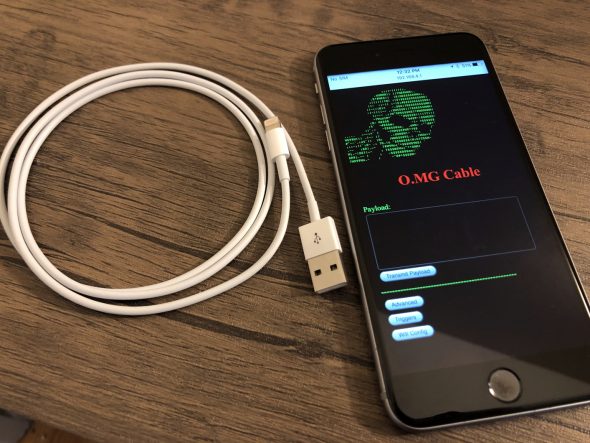 Where responds to the operating system MacOS and any other operating system for cables and external devices as designed to connect the smart tools this means that can receive external commands coming from other devices such as a smart phone used by the kidnapper to send commands malicious on your Mac and in commands can the hacker open a page not a real website to steal your data or clicking on malware can spy on you or steal your sensitive information and other things malicious.

For the second way they are designed to hack your iPhone where successful researchers during the Black Hat hacker specialized in matters of the protection and hack into bypass the authentication system fingerprint Face ID found in the iPhone during only two minutes.

It may sound scary to users of the iPhone, but in fact requires it to implement this hack successfully to be the victim soaked in sleep or had swallowed a sleeping pill to go into a deep sleep and probably had lost consciousness because the hack depends on the ability of the hacker in developing a custom pair of glasses on the face of the victim to deceive the system prints the face of your iDevice iPhone and I just think that the user is awake and wishes to open the iPhone your own.

Did the appearance of gaps and penetration of the iPhone makes you feel anxious? Or are its natural and by experts only and you safe?

Vulnerability in Android allows hacking your phone via Bluetooth