Are you looking for a smart phone needs and your privacy, do you have concerns regarding violation of personal data by companies like Google and Apple, if you are considering looking for alternatives for Android OS and iOS, on the internet you’ll find other systems such as the Lineage that works based on the Android there is a system of Sailfish early on a Linux system and other a lot, but the problem is that these systems assume that having an advanced level of technical knowledge far exceeds the level which owned by the normal user this makes things difficult, so what solution are there any phones smart free 100% Of the programs tools Google and Apple.

The answer is very easy, because you can get a phone like the Nokia 105 (issue 2017) or the Nokia 106 is a dual-SIM (version 2018) and both phones on the technique to a 2G network only, but the two devices FM radio built-and you can send text messages and make phone calls and do not depend on any techniques to Google or Apple.

Of course, you may want to do some additional things on the smartphone like browse the web, read e-mail messages and in this case, you will need a small computer the size of a coffin you can carry it in your pocket like GPD Pocket 2 or One Mix Yoga or even One Mix 2S and those laptops too small Windows 10.

The problem is that most users want to use things they are familiar with that there are viable alternatives to sometimes be the best but you have to make some effort to use, but many do not want to make the effort, you’ll find them quickly go to the Google services again, such as e-mail service famous Gmail or watch their videos favorite on YouTube or search for a place in Google Maps and perhaps browse the web via the famous browser, Google Chrome which is the most widely used, And if you think about some effort even a little with the desire to get some services you can try Nokia phone Nokia 8110 aka “the banana” which is running KaiOS a custom system to work on traditional phones and gas smart and allows for phones to run apps like WhatsApp, YouTube, Facebook, and Google Maps is considered the second most systems are common in India.

A series of failures

The truth is, that we have a monopoly binary in the field of smart phones by Google and Apple, not a reason not to try, maybe you remember Microsoft’s attempt to compete with its own operating system Windows Phone already succeeded in bypassing Apple’s share in many global markets, however, was the lack of comments the straw that broke the back of Microsoft and make them give up on it and the loss of billions of dollars.

Despite of that, you can still get Windows phones the iPhone but most of them date back to the period between 2015 and 2016 and will soon become those phones are not available, so I don’t recommend buying it.

Also a company like Canonical had the honor mobile in the smart phone market by operating system Ubuntu Ubuntu-based Linux system, but due to lack of understanding about the system the company failed and he was suspended from work, even community developers.

There are some manufacturers of smart phones created a special operating system such as Korean giant Samsung with its system Tizen, where he was to launch a series of phones that the system in India but did not achieve the desired results but depends on a system of Tizen in the Samsung smart watches while LG has its operating system WebOS, which I got from company HP 2013 appeared first on phones Palm Pre smartphone in 2009, but LG has decided to count on, mainly in the smart tv own.

A glimmer of light.

Things may change when the awakened the current US President Donald Trump, the Chinese giant Huawei after the decision to ban and exclude the Chinese company from using the equipment and technology of America, Huawei is already working on the development of the operating system compatible with Android apps and is currently in the name of Hongmen OS as an alternative not stopped companies such as Google and its cooperation with Huawei and that her liver potential losses in sales, coupled with its inability to develop any phones in the future.

But there seems to be a glimmer of light at the end of the tunnel where China has a strong incentive to replace American technology alternatives to local and though it may take some time but in the long run will hurt the interests of both Google and Intel and Qualcomm and Apple and many other US corporations, the Also can cause Antitrust Improvements carried out by the European Union against Google and to impose fines on the company world due to the exploitation of its control in the Prevention of some sites of the review of competitors ‘ ads on the results pages of their search and the pitfalls of Google can be an opportunity for handset manufacturers through the provision of alternative browsers and search engines on the European continent as can the major players Samsung and Huawei test Android phones free Google services it will find understanding by the users in those European countries. 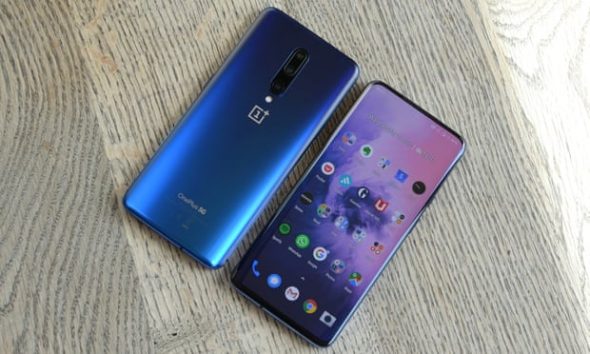 And whatever happens with Apple and Google, the user buys a smart phone to run applications most applications seem to threaten privacy, and this was confirmed by a study done by the University of California where I found that about 70 % of the applications sharing your data with third parties, where the user data is very important to target a lot of advertising and find out what he loves and increases it on the web and that’s why Google has made grant applications to work on the protection of privacy, such as Disconnect.me which it from the store without any reasons but the real reason is that it works on blocking ads, of course ads are a source of huge profit for the company. 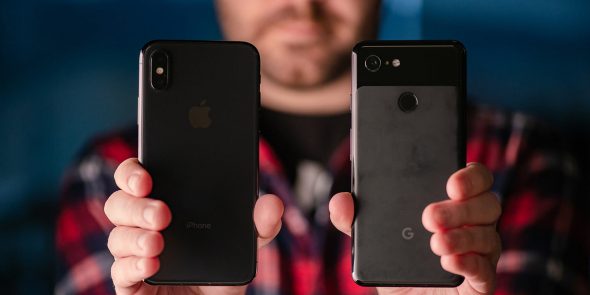 Within a decade, the smartphone has become mainly lives of millions of people everywhere in the world, despite the fact that the race between companies that make smart phones not standing still and there is fierce competition, however, the knowledge on the systems and operating of those smart phones has ended long ago by Apple IOS and Google Android.

Do you think that there is an opportunity for a new system, maybe like the Hongmen company Huawei to compete with Apple and Google, tell us in the comments about what you think about the monopoly of both the Android and iPhone platforms on smart phones and the solution to end this monopoly.

Why pay more for Apple Store unlike Google Play?

12 feature in the iPhone, you won’t find it in the Android phones

I bought an Android phone finally, and that’s why I couldn’t use it

Ever technically Emirati to discover the corona laser in seconds – Eye news | Al-Ain.com

Best sites to buy bitcoin and other electronic | Buy Bitcoin