In the midst of the problems plaguing the Huawei recently after the decision of the U.S. embargo, the company announced the Chinese leader officially for my phone. Honor 20, Hunan, 20 Pro with camera quad slices Kirin 980 .

Come camera Honor 20 Pro Key accurately 48 with the fastest aperture lens in any phone currently in the market f/1.4, which brings the light by 60% more than aperture of f/1.8 that currently exist, strictly 48 megapixel.

The camera following they camera telephoto 8-megapixel with optical zoom 3x zoom hybrid 5x (digital zoom of up to 30x), containing this camera is also on OIS .

It needs to Honor 20 Pro at the expense of 2 MP which is designed to capture images from a distance of 4 cm only, the camera of the fourth and the first in the standings on the back of the phone is camera with wide angle accurately 16 megapixel camera offers a field of view 117 degrees.

Thanks to the unit NPU, dual power, system can AIS Super Night Mode Capture multiple images at one time and ignore the fuzzy images combining Stills remaining in the one picture high quality even in low light.

Moving the front facade we find the selfie camera is strictly 32-megapixel camera within the splutters on the screen that comes up against the 6.26-inch LCD 1080+ pixels, the ratio of the length to width 19.5: 9.

Featuring honor 20 pro card with a 4000 Milli amp supports Quick Charging strongly 22.5 watt, to insure there is a sensor fingerprint side, with the support of the open lock by face, too, was advertised at a price of 600 euros.

It may be the main difference between Honor 20, 20, Pro is the main camera, which comes with the same Sony sensor accurately 48-megapixel camera, but with aperture slower than f/1.8 without optical stabilization. 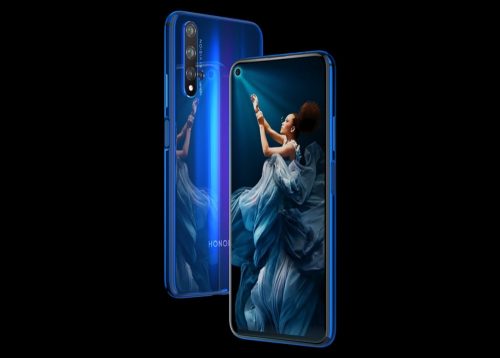 It needs to Honor 20 on the same screen, 6.26-inch +1080 pixels, with front camera 32 megapixel camera within the slot is perforated, and also the sensor of the fingerprint on the side of the phone.

It should be noted that the declaration on Honor 20, Honor 20 Pro came after less than 24 hours of Google’s announcement to lift the ban temporarily for Huawei, amid a flurry of reports and news about the future of the Huawei phones, which we will follow up with you continuously in the topics coming.

Why salt is a flavor enhancer and how it changes meals

That mine on graphics cards with 3 GB of memory?