Revealed company Huawei last Monday unveiled her phone Mate Xs which is the second of its smart phones folding, comes nearly a year after the launch of the first phone (dead X) Mate X.

She said of Huawei: “the phone Mate Xs is considered more phones sophisticated, features a design of a pilot for smart phones folding design with the Falcon Wing is enhanced, the processor Kirin 990 5G that provides strong performance, smooth experience whether you use it such as a smartphone or computer tablet”.

In the past year; managed Huawei snatched the limelight from all the company phones in the exhibition MWC 2019 the announcement of the first phones collapsible Mate X, which launched only in China, but now after the disclosure of the second version of the phone under the name of Mate the Xs which will be released later for all markets, would it be possible for Huawei to keep up with the competition in the market of flip phones even though blocking Google services on their telephone numbers?

The following is all you need to know about the Huawei Mate Xs folding:

What is new in the design of the Huawei Mate Xs:

Related topics what you read now:

When looking for Mate Xs won’t notice any change in the design of the first version Mate X; where the carries the same design one screen folding to the outside can be used in three different ways (shapeshifts) depending on how you carry the device.

Also create Huawei for the presence of (protrusion) notch in the screen of the phone; and it replaced the edge side includes camera quad lenses without front and rear cameras at the same time as how to use the phone, as the phone comprises fingerprint sensor built into the button.

But the change you’ll find it in tea, which is becoming stronger, and the hinges that held it Huawei many improvements to become more robust, making it easier to fold the phone a full 180-degree degree, since the detailed (Falcon Wing) is made of more than 100 part-synaptic working in perfect harmony, it can shrink and provides the same depending on the condition of the screen to provide a user experience series across the two modes.

Has developed Huawei phone screen to become more flexible, adopting to new technology allows the paste layer of the material of polyimide plastic, which allows the production of stunning images of the hand the color saturation and brightness while maintaining a high degree of durability; according to Huawei.

Runs phone processor Kirin 990 5G by Huawei’s octa-core with a frequency of 2.86 GHz, and the report of 7 nm, with a random access memory (RAM) with a capacity of 8 GB, and internal storage space of 512 GB, and can be expanded via external memory card SD NM up to 256 GB.

The phone comprises also a processing unit GPU graphics Mali-G76 16 kernel – which is the most powerful processing unit graphics in Huawei phones – in addition to the unit (processing neural networks) NPU that rely on artificial intelligence techniques.

Supplied Huawei phone Mate Xs cooling system new called (Flying Fish Fin) which cooling system is unique and designed specifically for phones collapsible, this system uses the graphene’s flexible with microscopic cracks allow it to flip with the phone to cover the surface area of full to cooling more effective.

Comes with the Huawei camera quad lenses; basic: strictly 40-megapixel camera, girl, lens, f/1.8, the scope of Vision wide, and the second: accurately 16-megapixel camera, with a lens f/2.2, the scope of vision is too wide, the second: telephoto lens Telephoto accurately 8 megapixel, and lens f/2.4, and the fourth lens depth of ToF. As to the camera front is the same rear camera that shows when you fold the phone.

The system supports camera autofocus, and AIS that rely on artificial intelligence to install the images to get photos and videos steady and very high-quality, and up to 30X.

The phone comes with a battery capacity of 4500 Ma/H, support the fast charging capability of 55 watts the battery can be charged up to 85% in just 30 minutes.

The phone with Android operating system 10 based on the interface EMUI10.0.1, and like the Huawei flagship (Dead 30 pro) and other phones – which was launched after the ban imposed by the government of America – the new phone misses the Google services Various, including: the Google Play Store apps Gmail, YouTube, Google Maps and others.

How to beat Huawei to the crisis with the services of Google in the phone Mate Xs: 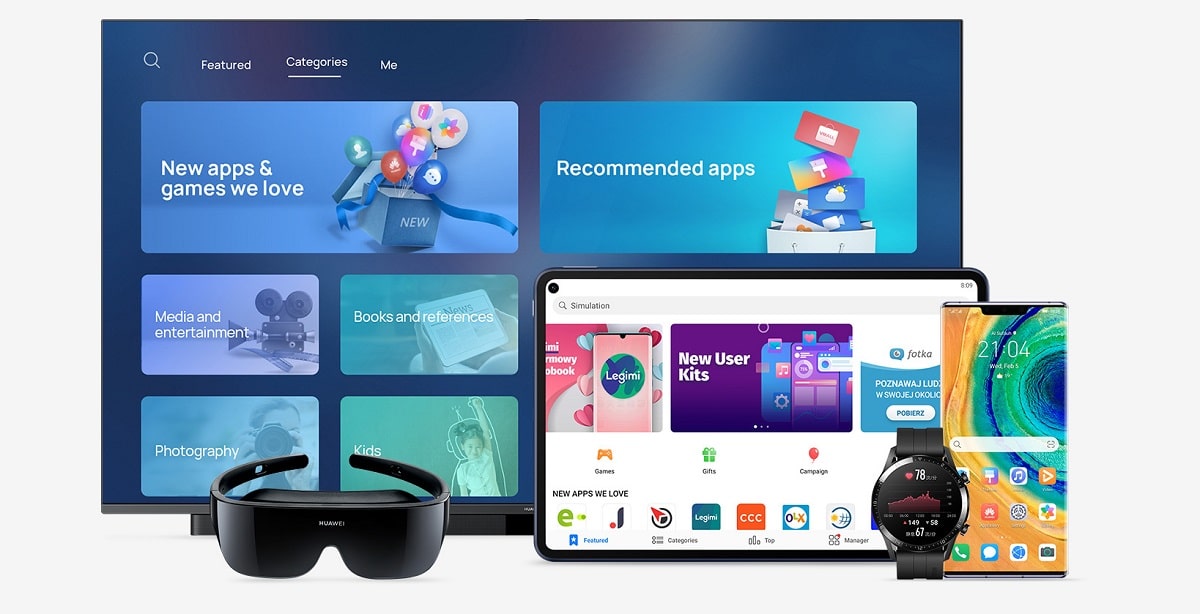 Phone will be Mate Xs of the early Huawei devices that will launch with the platform AppGallery which is considered the official application store of Huawei, the substitute to follow the Google Play.

Think Huawei put phone Mate Xs new in world markets at a price of 2499 USD, so unlike the first version Mate X, which was launched in China only.

Will begin booking requests in the United Arab Emirates on March 15, while I didn’t know until now about the local price.

Here are the full specifications of the phone Mate Xs:

You know, on the application of Super Status Bar to customize the status bar in Android phone without root

Video calls, voice assistant and data exchange. What else is new in 10.1 EMUI from Huawei

Apple may add a sensor fingerprint for their future!