All snakes, without exception, missing legs, so they can only move by crawling. But in the forests of Thailand, Indonesia, Singapore and other warm countries it is possible to meet snakes that can fly. They have no wings, but they use their body as a parachute and jump between trees. This method of movement allows them to quickly travel long distances, to escape from enemies and to successfully catch the prey. Researchers from different countries with their own eyes saw these creatures flying over their heads, but just to describe the technique in their flight they still could not. This point remained unresolved until the come scientists from the U.S. state of Maryland. They armed themselves with cameras with time lapse function and in detail described the flight of unusual snakes.

Paradise is decorated — the only snake that can fly

Flying animals, which will be discussed in this article, it is heavenly adorned with snakes (Chrysopelea paradisi). They live in forests of South-East Asia and reach 1.2-meter length. For the most part, they are painted in green color, which diluted the yellow and orange hues. The brightest part of the body is the head that is slick with black stripes that form a beautiful pattern. Sometimes there are individuals that have no pattern on the back and just painted green.

Flying snakes live in tropical forests and often found near human settlements. Witnesses of their flights quite a lot, because these reptiles are diurnal and hunt small lizards and other animals that live in the trees. Thanks to the ability to fly to a distance of 24 meters, they catch their prey by surprise — imagine that you are walking in the Park and you cross the road fell on top of the snake. Scary? Small animals too, but people serpent of Paradise no need to fear, because for the human body , their poison is harmless.

Figuring out how snakes manage to jump between the trees on long distances, I decided to do a group of scientists under the leadership of Professor Isaac Eaton (Isaac Yeaton). They rented a concert hall with high ceilings and set in this 23 high-speed camera. At the height of eight meters was established on a thick branch, on which subsequently had to crawl flying kites and safely descend. The cameras were necessary to relieve this very moment.

Before the experiment, the backs of snakes glued small strips of Scotch tape. They were shining, so the camera was easier to fix even the smallest movement of snakes in flight. As it turned out, before flying snakes crawl to the end of the branch and hang from it, starting to choose a direction. Defining where you want to fly, snakes are repelled from the branches by the tail and go to free flight.

See also: How the patterns on the back of snakes help them to remain unnoticed?

During the flight, the snakes spread their ribs and pull, so that in the lower part of their bodies creates a concave surface. It turns a kind of parachute, which allows snake to perform various maneuvers in the air. In the framework of scientific work, the researchers made more than 130 recordings. After reviewing them, they found that during the maneuver the snakes curve their bodies not only from side to side, but moving them from the top down. With all the movement maximally smooth and undulating — this is important for precision flight. In the end of the snake reaches the required branches and wrapped around her whole body not to fall.

On our channel in Yandex.Zen recently released bomber article about what animals are afraid of snakes.

Unfortunately, the researchers did not share the recorded videos. But I found a great recording from the National Geographic channel, showing not only the appearance of Paradise is decorated with snakes, but also demonstrated the technique of their flight. The fun starts at the twentieth second, when the snake pushes off of the tree and after a short free flight is landing in a completely different place. 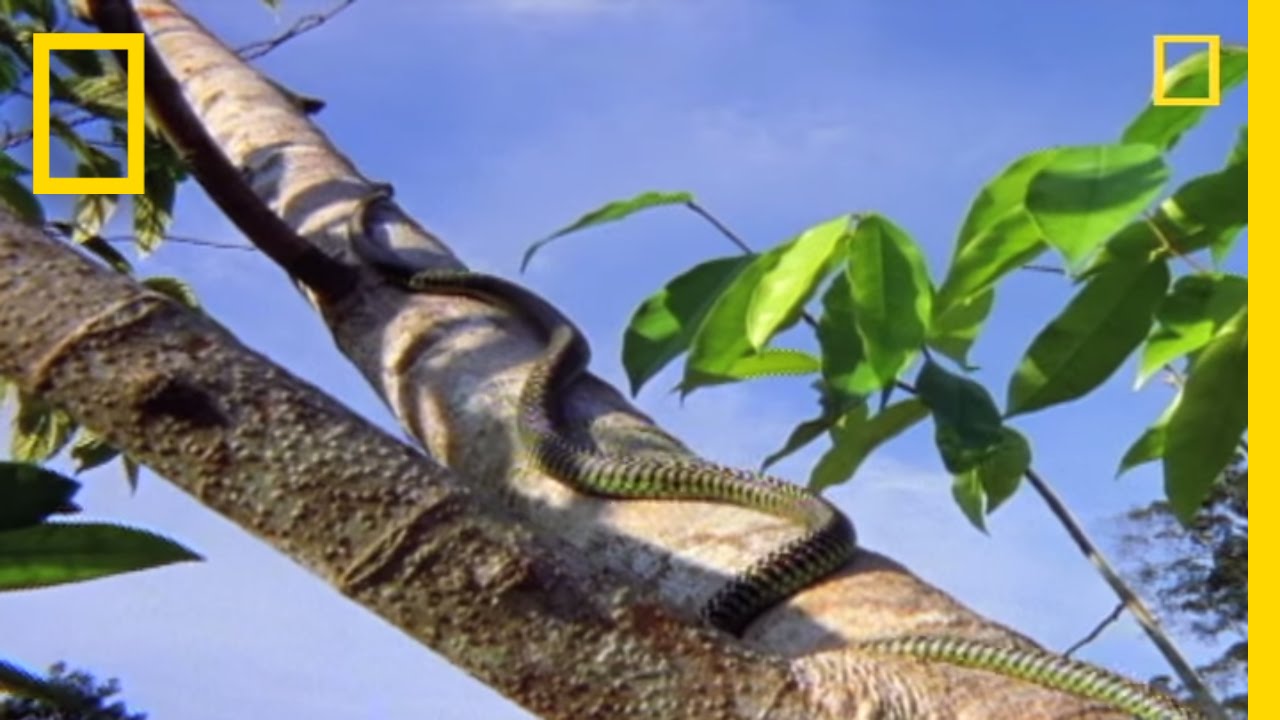 On the subject of unusual snakes are also advised to read material from the author Hi-News.ru Ilya Hel. He once wrote that in the us state of Virginia found a snake that had two heads. It is very rare, but it sometimes really is found and scientists have a clear explanation. All this Elijah said in his article, so start reading right now.

Found the first remains of a dinosaur, who died of cancer

In Africa, elephants continue to die. Scientists already suspect why

0 Comments on “How flying snakes manage their flight?”

Wallets in the Ledger vulnerabilities found, where you can spend bitcoins instead of altcoins

Honor will come to know the IFA 2020, you’ll learn about several products that will make ” your life more intelligent “