We all love to watch movies, videos, clips and other videos on their smartphones. This is especially nice when on the road nothing else to do, and the smartphone is fully charged. Today we will discuss what applications it is best to download to view videos on your Android smartphones.

Modern devices typically feature a larger screen, and thanks to the fashion for perpetuity, screens became larger, practically without changing the enclosure dimensions of the devices.

There are even more pleasant situation when a smartphone equipped with not just a large display, and OLED display with support for HDR. In this case, the video watch is even nicer. We decided to bring a selection of applications that use themselves and to share with you their pros and cons.

Imagine!
As during the impact of the drummer in the clip or explosion in the smartphone game literally conveys that feeling to the fingertips? With Sony Xperia XZ3 it has become a reality.

App MX Player was originally designed for the computer, but then settled on Android smartphones. I am glad that the mobile version did not lose its advantages, as often happens. The app has a great level of optimization and supports no less than 50 video and audio formats, as well as a large number of subtitle formats.

A nice interface is not the only advantage of the app. The app has a feature “Smart lock” that prevents accidental switching between apps. You can also string movement to scale the image, and to control the playback provided by the gestures. Vertical swipes change the volume, control the horizontal scrolling video.

Of the minuses is worth noting the periodic appearance of advertising rarely, but encountered problems with the playback, which can be solved by knocking out the application from memory.

However, many at us in edition use this app because of the nice design, decent implementation of the functions and stable operation overall.

Another player that we really like is all the well-known VLC. The Android version is called full VLC for Android, but finding it perfectly is searched for the query “VLC”. This player also came first for the desktop, and then migrated to smartphones and tablets.

The main advantage of applications is that it is open source, so often changes and gets improved. At the same time, is it things are much better than MX Player.

VLC for Android has the ability to replace the interface, improved the file sorting feature, the ability to skip to a specific time and the equalizer setting in the app itself. If the broadcast is made on television, then you can transfer the audio to it.

The app works with all major video formats (MKV, MP4, AVI, MOV, FLAC, AAC and so on) and files you can sort the folders in alphabetical order.

This app we love, and we can safely recommend it for use.

App with a simple name Video Player for Android is not widely spread in the us edition, but I can’t tell him we can’t because he has a lot of fans, and it has a good rating.

The app is free. Other than playback of most formats, including MKV, MP4, AVI, MOV, Ogg, FLAC, TS, M2TS, Wv and AAC, it is able to block video, closing access to outsiders or children. Scanning of fingerprint supported. All codecs are already there in the application, and in addition, it supports many formats of subtitles in several languages.

To improve the quality of the picture you can enable hardware acceleration. If you need to change the playback speed, it will not be a problem. Change is possible in the range of 0,5 x to 2x.

Since videos can have different brightness or loudness of the source sound, the application can fill it out for each video. When your smartphone will be a new video, the app will know about it. If you want to play it on another device, this also will not be difficulties as remote play in the application supported.

The last app will FX Player. The manufacturer proudly calls him a player of the new generation. Despite this, it is also not devoid of integrated advertising.

The main features of the FX Player interface will be highly customizable video during playbacks. For example, vertical swipes on the sides of the screen change brightness and volume, pinch zooming zoom, double taps on the sides of the screen allow you to quickly rewind the video back to 30 seconds. During video playback it can even reflect and look in the mirror version. Though not very clear, as it could be useful. 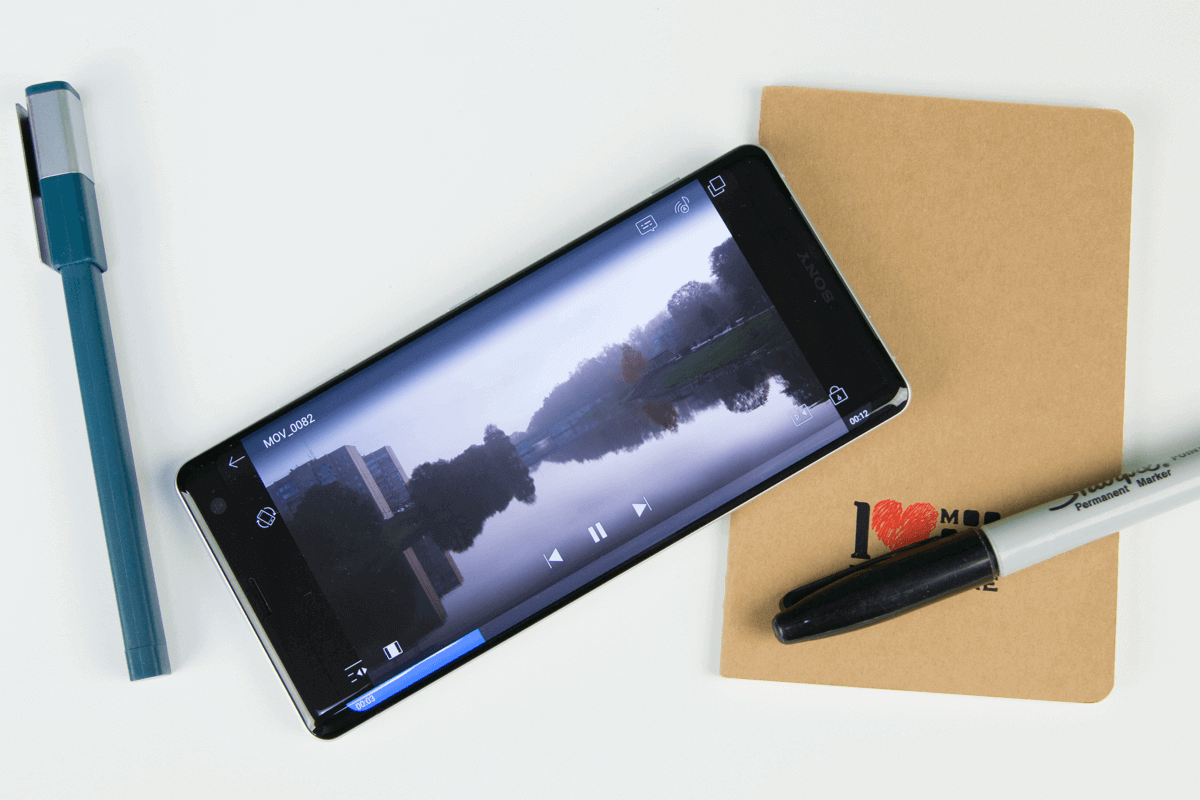 Before using the application scans the entire internal memory and external media to ensure you don’t miss a single video file. In addition, the user can create a custom folder for more convenient work with the content.

Additional evidence of the high demand for the app are more than half a million downloads and a high enough user rating.

Of course, there are other applications for viewing video, but described in this article are, if not the best, then definitely one of the best. Perhaps in the near future will be a fundamentally new player or a little-known app will be updated and will be a real hit, but so far this is the case, and these applications today is really noteworthy.

What to do if your smartphone does not see the card

You know, on the application of Super Status Bar to customize the status bar in Android phone without root

How to change RAM in Mac

7 reasons to use models Google

Why do I think Samsung the best Android smartphones