WhatsApp is considered the most famous applications of the conversation but that misses some of the more important security like other apps, if not the user can lock app to protect messages and updates from the volunteers without resorting to other programs to help. All this will change soon with the near advent of the locking feature fingerprint, face, from within the app.

Will soon provide a feature to verify the identity of the user on WhatsApp dedicated for the iPhone through the fingerprint Touch ID or fingerprint Face ID according to each version of the iPhone.

This feature is still being tested now, despite the reports that talked about months ago, will be present in the Settings app in the privacy section Privacy, and will save the user the option of activation depending on the type of the iPhone either via fingerprint, facial or finger.

Now in the latest experimental version of WhatsApp for Android seen feature Lock application fingerprint using the fingerprint sensor, which is also found in the Settings app in the privacy section Privacy will any user need Android device on the sensor fingerprint. 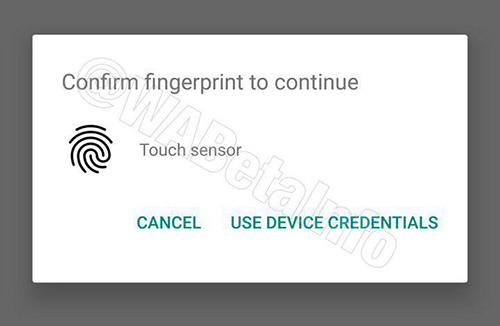 We don’t know when they will be providing those advantages for users, most likely it will be that in the near future with the next updates Watson August whether on the iPhone or Android-note that it will work every time you open the app, which is one of the important advantages of coming close to closet August.

Applying the four seasons – I know all the success and changes of the seasons and the weather in an easy manner!

How to buy Windows 10 Pro and Office 2019 pro at the cheapest prices online from your home?

Facebook is trying to appropriate through the application of two new two Collab and CatchUp, you know them !

Is Apple developing a car? Meets former Executive Director of the company

As I taught your Android smartphone night vision