Samsung has announced officially about the production camera 5X optical zoom fully extended, ready for use already in smart phones, has seen for the first time in Galaxy Note 10 .

The announcement comes after a number of rumors about Samsung’s camera module characteristic for the Galaxy Note 10, especially after the concentration of the competitors on camera in their phones the leading standard in high end phones especially Huawei P30 Pro that comes with zoom Hybrid zoom high resolution.

Where the Korean company purchased the company of the cortex to provide a camera, which has been designed by modules depicting the 5x and 10x to buy the same camera like the Oppo, and merging technologies the two companies together came out to us now unit photography zoom 5X characteristic thickness of 5 mm only.

This sky gives the camera a new comparative advantage fantastic, and it won’t be prominent on the body of the phone in any form, it would be a great improvement in design if you don’t stand out the camera from the back. 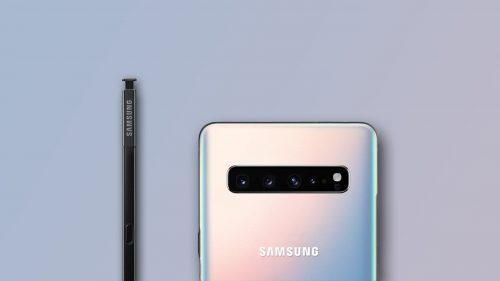 Are we going to see a zoom camera 5X Samsung Galaxy Note 10 is?

Are we going to see a zoom camera 5X Samsung Galaxy Note 10 is?

There is no doubt that the eye picks up is currently about a Samsung flagship product the Galaxy Note 10 is and will be the first candidate to get any new technology from Samsung, but this news remains just a forecast is not official yet and won’t check it out before the official announcement of the phone.

Recall that Samsung had announced a unity camera with a 64-megapixel camera earlier this month, it is also rumored that she will appear the first time the Galaxy Note 10.

Leaked specification of the camera Galaxy Note 10 and a special surprise the battery!

Phone Galaxy Note 10 will come with a camera, a 64 megapixel main!