Samsung has announced officially about the series phones Galaxy S 10, which includes three featured phones: version the cheapest Galaxy S10e and also the Samsung Galaxy S10 in addition to the version finest S10 Plus. The three phones come after ten years to launch a series phones, Samsung Galaxy and many impressive specifications and technologies possible, let us take a detailed look on them!

The three phones S10e and S10 and S10 Plus different dimensions due to the size of the screen, the phone is offered in four different colors: white, black, green, and blue. Women with a ceramic design available only in black and white. There is a property of water resistance are the standard of IP68.

The screen in the phones three of a kind Dynamic AMOLED Infinity-O Display is the same curvature of the side of my phone to my S10 and S10 Plus flat, without a curvature in the phone S10e.

Also in phones Galaxy S10 and S10 Plus there is a sensor fingerprint built-in screen works ultrasonic, while the phone Galaxy S10e sensor prints traditional on the side.

Screen the Dynamic AMOLED found in the three phones are the latest screens of smart phones so far supporting technology HDR10 Plus display colors with 100% accuracy to enjoy the experience of watching the movie especially with the presence of the headphones stereo stereo Dolby Atmos. The screen also has the ability to reduce the emission of blue light is harmful to work by up to 42%. The screen is also protected with the protection of Gorilla Glass 6.

Phones Galaxy S10 and S10 Plus contains three rear cameras: camera basic camera angle to capture the wide camera, magnifying glass, while the phone Galaxy S10e camera background two: one basic and the other at an angle capture is wide. Camera selfie Mono-in phone Galaxy S10e and S10 while the binary in the phone S10 Plus with the aim of improving depth of focus. 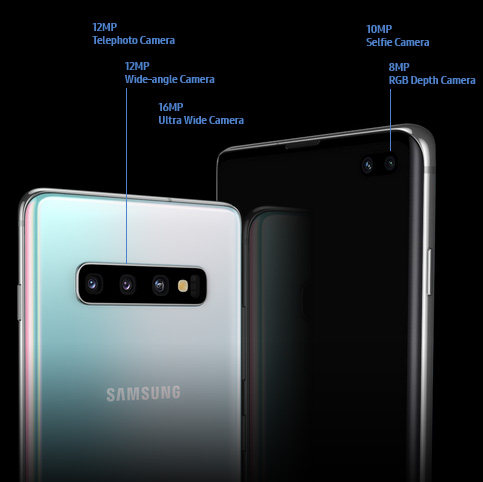 Camera features in the three phones:

Phones, S10e and S10 and S10 Plus will come with a processor Snapdragon 855 or processor Exynos 9820 high-performance and both carry eight cores with a frequency of more than about 2.7 GHz max.

Starts pre-booking for phones end of February to be put forward by the beginning of Day 8 March 2019.

Report – millions of Apple devices, Android is threatened because of a loophole in WiFi!

You can recover photos and files deleted on a Mac using the program iBoysoft Data Recovery!

0 Comments on “Phones Samsung Galaxy S10e and S10 and S10 Plus – full specifications, price, and all the details!”

How to prepare your iPhone, iPad and Mac for sale

Phone BlackBerry posted 3 games – its specifications, its features and is the most powerful phone in the world?

Officially announced the phone HTC Wildfire R70 with a screen size of 6.53 inches and three cameras in the back

HMD Global Oy will continue to use the lenses of the Zeiss in its smart phones, though, buy Sony New