Where an alert appears in your notifications to notify you of the existence of apps not installed, it also says that you can be removed to clean the internal storage of the device.

When you click on it takes you to the Google Play Store, specifically to the list of applications that you haven’t used for a while, you will need all application the description includes the last time you opened it, you can select an app (or multiple apps) and uninstall it. 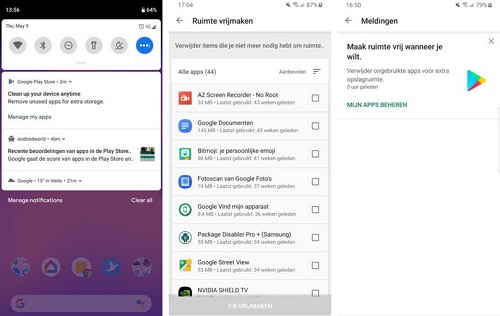 This feature appeared first in the Netherlands, where he was spotted by Android World, and we don’t know if this feature is now available in other places, as it is not clear how long the app needs the gas level to get these alerts.

Join us in the comments if anyone has this feature recently..

Apps of the week Android – excellent selection and very practical apps and games useful and entertaining!

0 Comments on “The Google Play Store will help you to delete apps that you haven’t used in a while!”

How to borrow money from friends or relatives? Try this app

Oppo recruitment of engineers and ex-Mediaco to develop its own