After nearly two months in beta version, Apple decided to now launch update iOS 12.2 work. Update iOS 12.2 new sub featuring a lot of new changes and additions that we use now with you via this article.

New features in the iOS update 12.2

Control with the TV cross-platform HomeKit

If you own a smart TV – not from the industry Apple necessarily – you can now control it through the platform of HomeKit to iOS 12.2, as soon as you add a TV you can work ( play / stop / pause / change ) etc.

Control with the TV cross-platform HomeKit

Development when you are browsing unsafe websites

When you browse sites unsafe via the Safari browser will show you an alert “not safe” to clarify that the site you went to does not use HTTPS protocol for the resolution of any conflicts pertaining to personal information or money.

The application of Apple Maps Pat machines displays the status of air quality in the area, this property is already available within the application of basic weather system, but Apple decided to bring her also to develop the maps, and can be activated through the settings.

In this new update note The New change in the design of the application remote control TV Apple TV Apple TV Remote, where the dark more in the app itself and in the Control Center.

To solve the problem in the lock screen

A problem appeared in the beta releases earlier update, where was the lock screen Know notice charge the phone instead of the date, and remove this error and repair the problem.

Apple re-design the logo of a news application where the use of the logo by the official next to the word News such as the logo of the service Apple Pay.

Re-design of the screen about

Can be accessed via the Settings > General General > about. It is competent to offer all the basic information about the device. Has been re-designed to arrange information by importance where you will find the things as model and serial number at the top and other less important things big data communications service providers in the bottom. 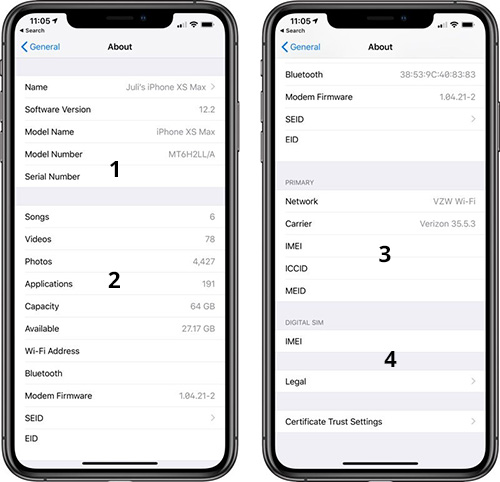 May we see a copy of ” Steve Jobs Heritage Edition ” of the smart glasses, Apple Glasses also

0 Comments on “The launch of the updated iOS 12.2 for everyone – this is the most visible new features!”

What threats need to be afraid of centralized blockchain services: view Vitalik Buterin