According to scientists, our planet is more than 500 thousand Islands. Most of them are located in close proximity to Japan, Indonesia, the Philippines, Norway and other countries. In our view, the Islands are paradisiacal places where palm trees and exotic birds singing. However, in the world there are Islands that you definitely wouldn’t want to get into. Stepping on these pieces of land, you can catch deadly diseases, become victims of predators and simply disappear for unexplained reasons. But for some reasons they are so dangerous in some places? In some cases, so ordered nature but, for the most part, the island gained a bad reputation due to people’s actions. Let’s look at some of the most dangerous Islands of the Earth and find out why they are considered?

On this island you’ve probably already heard many times. Perhaps, without mention of this “den of snakes” is no documentary about unusual places of our planet. Located in 35 kilometers from the coast of Brazilian island is home to thousands of species of snakes island bothrops (Bothrops insularis). The bite of these creatures up to 1 meter causes necrosis, gastrointestinal bleeding, and other horrible consequences. A visit to this island is forbidden, but sometimes it come groups of tourists, accompanied by guides.

Poisonous snakes were on the verge of extinction, but their nature is defended in a most unusual way. Once the island was connected to the mainland, but the sea level rise led to the flooding of the bridge. Island bothrops can’t swim, so trapped. For a long time, they actively reproduce and eat other animals, so now they occupy almost the entire area of the island. Yeah, people with a fear of snakes about the existence of this island better not to know.

See also: Who are servage and dangerous are these people?

The Izu archipelago, the island of Miyakejima

Near Japan there is a group of the Izu Islands, among which the most dangerous is Miyakejima. From 2000 to 2004, it erupted the volcano Oyama, who was thrown into the air with toxic sulfur. These emissions occur and to this day, so the island is equipped with special sensors that include an alarm when the concentration of toxic substances in the air. If the islanders can hear the signal, they run to wear gas masks. Nobody wants to breathe toxic substance that causes irritation of the eyes and respiratory tract, and then it becomes a cause of clouding of consciousness.

Miyakejima island, where it is impossible to survive without the mask

But why is there still live people? In fact, 3000 people were evacuated at the beginning of the XXI century, but a few years later some of them came back. And not only is that dangerous on the island is their home. According to the Internet, some scientific company pays “returns” the money for what they allow to study the effect of sulfur on the human body for example.

The Island Of Bikini Atoll

The name located in the Pacific island of Bikini Atoll can be translated as “coconut place”. There is quite a good living people but, in 1946, the U.S. government moved them to the neighbouring Islands. And all because they needed to test nuclear bombs. From 1946 to 1958, the military had carried out 67 nuclear tests. For example, there has been tested a bomb similar to “Fat man”, which in 1945 was dropped on the Japanese city of Nagasaki and caused the death of more than 80,000 people.

See the circles? They were left by the bombs

In 1968, the U.S. government announced that the island was safe for habitation. However, it was all a lie — after returning home, about 840 people died from cancer. And this mass death certainly linked to the effects of nuclear testing. Despite the fact that since those terrible events took place more than half a century, growing on Bikini Atoll plants are still dangerous. So to visit this island better not.

Our website is an excellent material, which is embedded video with nuclear explosions. Awful. But beautiful.

In Scotland there is an island Gruinard and her fate, too, was very difficult. No one lived there, so researchers from a military lab Porton Down (England) decided to RAM her into a biological weapon. In the mid-twentieth century the island was brought to 80 sheep, after which the aircraft dropped the surface bomb filled with bacteria Bacillus anthracis, the spores which cause anthrax. This disease affects the skin and may damage the intestines and lungs — overall, very deadly thing.

Scientists on the island Gruinard

The disease destroyed the animals and the effectiveness of biological weapons has been proven — this bomb can be turned into a desert the whole island. For a long time the soil of the island remained infected, but then scientists well it cleaned. At the moment, the island is home to some animal species and they are perfectly healthy. But the risk is still not building and while traveling this island it is better to avoid.

See also: the Most dangerous infectious diseases on the planet

Close to Thailand is a secluded island sentinel, inhabited only by warlike natives. They do not want anyone to contact, so they are rarely seen. According to scientists, the aboriginal society has about 400 people — it is believed that this is the last population of people untouched by civilization. When you try to approach the island, people get in response a rain of arrows and spears, because the natives do not want anyone to admit. As a rule, all visitors to the island lose their lives — in 2006, the aborigines killed two Indian fishermen, who were on the island quite by accident. 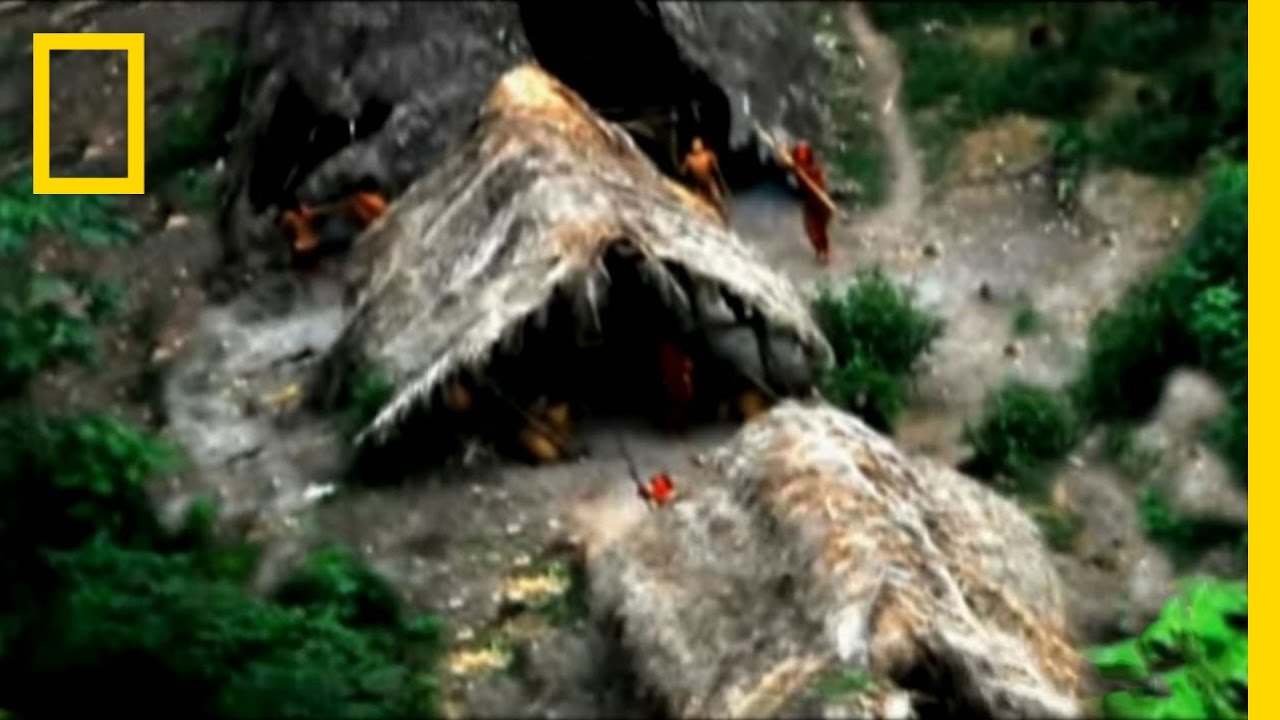 At the moment, humanity has made no attempt to contact the natives. When the island was damaged by the earthquake and tsunami, the locals fired at planes and boats with arrows. To them it really is better not to climb, not only because of the hostility of the natives, but also for the benefit of their health. The fact that the inhabitants of the island certainly not immune to diseases that we no longer considered dangerous.

If you are interested in news of science and technologies, subscribe to our Telegram channel. There you will find announcements of the latest news of our site!

On the subject of unusual Islands also recommend reading the article author Hi-News.ru Daria Yelets. In her article she talked about the biggest island and many other remarkable pieces of land.

Scientists brought back to life germs, which 100 million years

As a Russian genetics first in the world managed to bring a pet Fox?