You can notice from the name our site we specialize in talk about Apple products, this may make you think even a little bit we’re excited not only that it is not exactly, where we are only interested in them only to our attention that results from dazzle and impress we all felt with the first iPhone had been released in the market and also the first device to the Mac or MacBook laptop today we’ll talk at length about the differences between computers, the usual employment, typically running Windows and computers produced by Apple, We will also speak implicitly about the reasons that make users of Apple devices don’t even transition to other devices, but we’ll talk here about the computers from Apple.

Before we begin, we must emphasize the fact that Macs are in the PC there is no difference is awesome between your MacBook for example one of the devices to the laptop, other differences exist, certainly, but I’m talking here about the vast difference the difference between your PC and smartphone for example. I always heard Apple mention the fact that Apple started the revolution of computers in the sold data for the last century through the organs of the Apple II and then re-invented again in the organs of the Macintosh in the Eighties. What do we do now -even if by some injustice – that we’re going between the Mac and Mac Book and computers of various manufacturers. are you excited?

Comparison between PC and MAC: try to use

The term experience use which is usually referred to as UX–User Experience is a term growing with the growth of competition among manufacturers of computers and smart phones too, so that competition is no longer fully available on the power of the processors or the accuracy of the cameras, but on the experience of using the product itself, as you can see it far away.. try to use rely heavily on the operating system. Windows operating system -used in most devices, the PC – over stages are many, the worst of which was Windows 8 Best is Windows 10, when Microsoft decided to work in a Apple where they have a steady running comes updates, rather than issuing a completely new system every few years as it was the beginning of the Windows 98 through Windows XP/7/8/8.1 and Windows 10.

Windows 10 is excellent, but it’s not simple to use it and let’s agree on this part, I use it in a simple way you won’t get full forces on the other side of the system of macOS is an operating system is clean, simple and easy to use as it level largely along over terrible experiments between the operating system and phone hardware, which is what we’ll talk about next, so, we can agree that Mac is better in terms of experience usage, this is the same for لـMacBook, both computers!

Integration with the iPhone in Mac

If there was a golden cup, we can just give it to one of the two devices -a Mac or a normal computer – I’ll give it to makeup without hesitation when it comes to the integration between the devices which began to emerge dramatically in conjunction with the version of the Yosemite operating system macOS which was a strong relationship between phones and Apple TV is awesome where there has been great integration between the system of macOS and iOS system this includes all the devices that work بـiOS of course. We all know that we are able to say edit a text or a recording of one of the notes and then find it might save directly to your computer Apple in seconds and this is without Place on any cloud services outside.

As for الـPC usual, it’s here. the worst be, the Via, so that your computer running Windows while your phone is running Android or the iPhone, in this case you have two different devices and you can only use apps that sync notifications save files like Pushbullet or AirDroid and also use cloud storage usual! Great integration between devices in the Apple is in itself a marketing advantage awesome, reminds that a company like Samsung has launched the application call Flow for Windows is to connect your phone with PC, but it really does depends on you.

The abundance of devices الـPC compared with the Mac are numbered.

We can’t decide whether this point is a feature or defect, from some views, you may like it users the idea that they had hundreds of appliances to choose between them, but this in itself is a disadvantage also, as these companies do not have direct or consistent vision, each of which does what it pleases, but this does not deny at all that some companies such as Lenovo and HP have computers very powerful, it also has devices laptop can rely on the beginning of the end/ $ 300 this is not have Apple.

As for Apple, they are as we can conclude from the content of the article in general has a point of style in the design, development and marketing and also pricing. Apple offers you six kinds of computers to choose among them is: MacBook Pro devices laptop, most powerful, MacBook Air devices laptop available, the MacBook is that you expect two former, on the other hand there are Mac computers, Mac Pro and Mac mini. Each model of the six models available with different sizes and different products to choose from what suits you best.

We can next this point in the fact that Apple make devices few but sufficient to anyone’s needs, it may be the only control on the price, however, this is not new to Apple, especially to devices laptop the usual become also come at prices related to the millennial USD. With that Apple produces the devices is very limited, but you won’t believe they come in ranked fourth in terms of market share in the PC! This according to a report Gartner to July 2018.

Which is more secure, Mac computers or devices الـPC it?

For many years has been Macs are the safest in terms of exposure to the attacks of the kidnappers or exposure to viruses in general, so that according to the statistics and posts users it is rare to get your Mac infected with a virus, massive and this is because the system is too closed and access is not limited, in all cases, except that now the kidnappers are more professional than ever, we all know the virus, but Windows know no more.

• Mac comes ready to use directly

This water generally is one of the key features of computers Apple, where you are and when you buy a Mac you can simply to get it out of its box and open it, and within a quarter of an hour you can begin to edit photos, browse the internet and practice to work smoothly and applications which you will find in front of you as soon as you turn the device find iMovie, the Photos, Keynote, Facetime, iTunes, along with maps and other applications.

On the other hand the regular PC usually comes without an operating system from the foundation-which comes with Free DOS – here you must install operating system such as windows and then installing your apps this process in itself may take you the whole day, there are also devices comes with the Windows version but it is usually with a high price first and apps Bloatware pre-installed, this second. The integration has Mac system macOS is characterized as capable of running any application of makeup without the user having to search for the appropriate version of the program, etc.

Mac devices are also characterized in that they are running from the development of the Apple, which she produced the device and its operating system, so it certainly comes devices loaded with a plethora of power and development between the system and the phone hardware, it’s similar for iPhone, but the difference is that Apple does not manufacture processors for Macs, but you generally get from Intel. 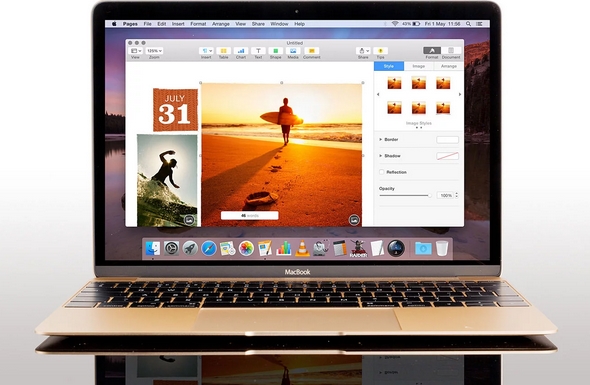 Manufacturing quality and internal components.. is Mac better than PC?

If you want a portable device just to browse Facebook and do the shopping just so a MacBook is not the ideal option for you in terms of price, you can buy your Crump you of Google to offer you the job with ease and smoothly, as Apple’s mobile devices and desktops are expensive due to the interesting material manufacturing, the detail and design itself, we can’t deny how amazing devices MacBook in terms of design and services to the mineral, and by the way, if I wanted to buy a laptop with similar it’s probably going to be your expensive price is the other.

From the hand internal components, it’s here back in favor of Apple, as the company as was mentioned before you design the operating system and develop it yourself and not using an operating system outside or something, so the company is able to design the system in a way that make energy consumption more careful as well as make the shelf life of the device significantly longer. This while the devices الـPC lacking to this point very much because whatever the components of the system of operating is often one and the same way with all types of internal components.. which are many.

Now it’s your turn to share, what do you think about this? Especially if you have tried both Mac and PC extensively..

Reasons why your 5G technology

Why Apple hardware is considered a product luxurious?

At any time you say “Hey Siri” allows you device, can spy on them Apple TV?

0 Comments on “Which is better actually, the PC or the Mac?”

How to change RAM in Mac

7 reasons to use models Google

Why do I think Samsung the best Android smartphones