Maybe a little, who knows that at the beginning of the App Store, not Apple awarded apps that are pornographic or contain nudity, but the intervention of the “Steve Jobs” and prevent these applications from the software store, he famously said.

And when it was a question “Steve Jobs” by the technical “Ryan Tate” isn’t the freedom to the user to download applications that like to” reply “Steve Jobs,” this isn’t about freedom, it is about trying Apple do the right thing for its users. “

With the beginning of the app stores in the world of technology, Steve Jobs did not save Apple only to this resolution and make it a company you trust her family, but saved an entire generation from exposure to this harmful content, and now the technology companies all know that this decision of “Steve Jobs” was a good decision and even the Google Now application of the laws to prevent soft porn (we know it does not apply in a firm such as Apple TV and this return to the nature of the Google Store, but there are laws now have different technology companies that have stores applications to prevent any pornographic content.”

In a letter from Apple to developers was sent in the previous days, and which reads with the design:

Dear developer,
In an attempt to open additional opportunities for developers, our work with the government of the Republic of Korea to allow more apps on the Apple App Store in the Republic of Korea. In order to ensure the continuation of the classification system of the age of the global us in helping to make the Apple App Store safe for children, will be rating applications which are characterized by the practice of gambling is recurrent the age of 17 or more in all countries and regions starting from 20 August 2019.

If your application meets at least one of the criteria below, you can submit it in the App Store in the Republic of Korea for users who are aged 19 years or older.

Ended message Apple TV, and understand the mission of this message is that Apple has the intention after the addition of the classifications of age of a new that allows applications that contain gambling, or sexual content or nudity, or alcohol, tobacco or violence realistic, which is not true and this is what I explained to the Apple TV and even now no change in the policy of Apple is clear about this content is prevented, but some states such as the Republic of Korea had objections to the presence of apps and games that simulate gambling it is here that Apple decided to work with the government of the Republic of Korea and the addition of international rankings to allow for more applications in the country that you think age classifications the world.

Foreign companies and organizations have their own standards 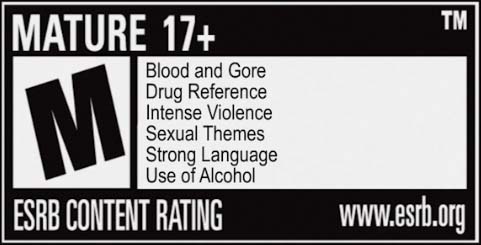 We as a Muslim of course we have the standards of risk and habits of different peoples of the world, it is up to us and the responsibility we have in protecting our children, for example nudity, gas frequent or some of the applications that know the problems women with low self-esteem may not think the pornographic content of most of the companies, while it is not acceptable to us, that some think that this product might make the App Store completely secure for our children and youth, but standards do vary, and some of them know the content that displays in YouTube and also the content of the broadcasting companies, such as sex, the This content, even though it’s rated for ages 12 and smaller, but it is not suitable for us completely, there must be oversight of the parents on this content.

Do you monitor your kids and know the applications and content that they call it in their devices, and do you think this issue is marginal or you worried about what might fall under the hands of a professional?